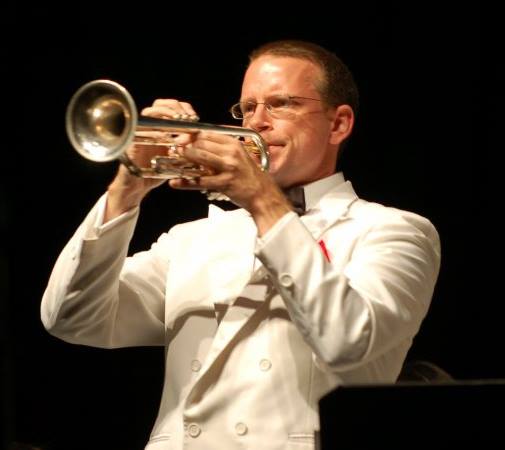 Here you'll find my thoughts on teaching, playing, and other assorted nonsense. Hope it helps. :)

The Anatomy of a Practice Day: The Warmup

Ok, so you’ve decided to be the best player you can be. You know that you need to practice every day, because both your private teacher and your band director tell you so. But what does practice mean? Can you just noodle around on the instrument and improve? Well, yes, but I wouldn’t call it the best way to get better. In the next three articles I’m going to lay out what I think is the best way for you to practice and become a better brass player. I’ll also fill you in on some things I wish I had been taught when I was a kid, so hopefully you won’t run into some of the same problems I did when I was young.

I’m going to suggest that you divide your practice day into 3 sections, of 10-15 minutes each, and rest in between. Why rest? Well, we rest because playing a brass instrument is hard, and we get tired doing it. We should practice in a way that allows us to minimize that fatigue and stay fresh while we’re practicing. Plus, if you’re only practicing 10-15 minutes in any one section, it’s easier to fit practice in between other activities if you’re busy.

Let’s see how that would look like on a given day. In this article I’ll talk about the Warmup, and in the next two articles I’ll talk about practicing your Lesson Assignment and practicing Literature, Ensemble Music, and Free Time.

When we warm up, we’re waking up our face, getting air going, and working on our sound. I like to warm up using four things: A) Buzzing, B) Long Tones, C) Lip Slurs, and D) Scales. Let’s talk about each of those.

To buzz or not to buzz? I know fantastic players who swear by a long buzzing routine at the start of the day, and I know equally fantastic players who never buzz. I’ll let you discover what you think, but I suggest you buzz for a few minutes to start your practice day. If you need help with learning how to buzz on the lips or the mouthpiece, go to YouTube to find great videos of players of all brass instruments demonstrating how to buzz for your instrument.

What I suggest is very simple. On your lips alone, buzz a pitch that’s easy for you to produce, and hold it for 5-10 seconds. Do that a few times, resting after each one. This gets blood going to the muscles. Then, start on that pitch again, but move it up and down, like a siren, but again only as far as you’re comfortable. Remember we’re waking things up, and not pushing too hard.

Then, on your mouthpiece, do the same thing. You may find that the pitches that are easy on your lips are different from those that are easy on the mouthpiece. No problem, just go with what’s easy for now. If you decide to take things further later, go for it. You may one day be a buzzing whiz!

At first, spend only 3-5 minutes on buzzing. That’s enough to get started for the day.

Long tones build strength and stamina, which are critical for brass players, and they also give you a daily opportunity to work on your tone. Don’t skip them, though you don’t have to spend hours on them. Simply playing a couple scales in whole notes will do the trick if you don’t have much time. If you do have time, however, try this:

Take a nice, full breath, and play a concert F at a comfortable volume. Hold it until you run out of air. (When you do this, the last couple seconds won’t sound very good, but you’ll be exercising the blowing muscles, so you’re working on two concepts for the price of one.) Then rest as long as it took to play that note. Then, do the same thing on an E, then an F#, then an E-flat, then a G, and so on, continuing on higher and lower notes until you start to get a little fatigued. Then rest a few minutes before moving to the next exercise. You’ll be surprised how quickly you get stronger, and those “high” notes that were hard before don’t seem so hard now!

It’s important not to push too hard on long tones and wear yourself out. Make sure you’re still comfortable with the notes you’re playing, and only play as high as you can with your best sound. If you start sounding bad, that’s it for today. Maybe you’ll get that note tomorrow! :)

After Long Tones (however you do them), rest a few minutes then move on to:

Now things start getting more fun. As brass players, We can play a bunch of different notes without changing our fingers (or slide position). Learning to slur between these notes has a lot of benefits:

2) They develop control, and

3) They help you develop your sound.

There are hundreds of great lip slur ideas out there, so I won’t suggest anything specific. Just make sure you’re always playing with your best sound, and that your slurs sound clean and clear. Spend anywhere from 5-10 minutes on lip slurs, with lots of rest to make sure you don’t tire. Again, if you’re sound suffers on higher notes, stop there and try to clean it up next time.

I know that nobody likes to practice scales, but hear me out. :)

Not all music is in the same key. And, by learning different scales we learn to play in different keys, which makes music easier to learn, and therefore less work and more fun! Think of it this way, the more you know, the easier it is to play. And, the easier it is to play, the less you need to think about how to play the music, and the more you can think about making music and enjoying yourself!

Try this: Play all the scales you know every day. Before you know it, this only takes a minute or two. If you have a new scale, play it three times a day for a week, then add it to the ones you already know. If you learn a new scale every day, you’ll learn all the major scales in 15 weeks, and you’ll never again fear a scale test. For you beginners, yeah, scale tests are a thing later on, but don’t worry. Practice my way and they’ll be a breeze.

If you haven’t taken your first break yet, do that now. You’re warmed up, but if we push to much then you’ll start to tire, and warming up will turn into wearing down. Be careful, and try to stay fresh. If you’re getting tired during practice, either back off the difficulty or take more breaks.

Try this for a few days and let me know how it goes. Good luck, and see you again soon!